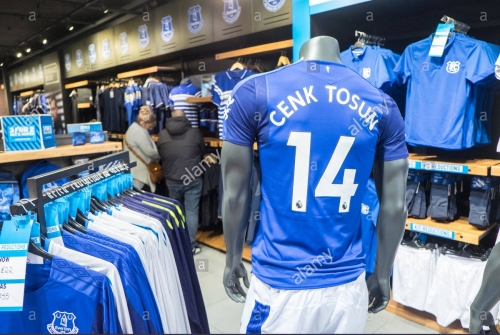 With this kind of reach, it’s no surprise that the financial possibilities appear to be almost limitless for the Premier League and especially those clubs with the biggest and widest appeal around the globe, and who, most importantly, are geared up to making the most of the opportunity by jumping on the merchandise bandwagon.

Thursday morning saw a social media posting of an EPL event in Austin Texas with now retired USA and former Everton goalkeeper Tim Howard the featured guest of honour. Take a look at this link and see the passion and fervour of football fans stateside…

and just look at the numbers… over 8,000 in attendance and over 4 million unique views on NBC television – over four million !!

By any stretch of the imagination, those numbers are impressive, and by association so therefore must be the marketing and merchandising opportunity for Everton to maximise the potential of.

However, upon second viewing, it becomes glaringly obvious that whilst there are fans there in Arsenal, Chelsea and Manchester United shirts, and apparently genuine scarves of both Liverpool and Sheffield United, the only Everton presence – other than the shirt worn by Tim Howard – are a number of Austin Evertonians scarves, obviously produced locally, most likely by the fans themselves.

It strikes me that despite Everton having confirmed Tim Howard as our ambassador to promote football and the name of Everton in the United States, there appears to be something lacking in terms of supporting his efforts with Everton merchandise being provided and made available for sale at the events he’s attending.

And it makes me wonder further if the situation is exactly the same for Steven Pienaar in South and elsewhere in Africa, and for Tim Cahill in Australia/SE Asia ? Our former stars are out there attending events, promoting and speaking well of their time with Everton, but seemingly without any merchandise to sell to and sign for the doting football fans in attendance.

There’s a quote I’ve heard a few times on the excellent Everton Business Matters podcast that, “there are Evertonians out there who don’t yet know they’re Evertonians”.

These sage words made me think that if Howard, Pienaar and Cahill were able to augment their public appearances with Everton shirts, caps, scarves etc then we might actually begin to convert those fans looking for a club to pin their allegiance to into being Evertonians. 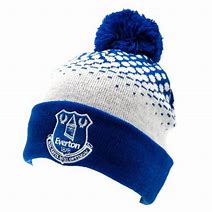 So do the club parcel up a batch of merchandise and courier them to the clubs ambassadors or is there a simpler, more cost effective and dynamic way to get Everton merchandise to both existing customers and new, potential fans around the world subconsciously yearning to be Blues ?

Evertons’ merchandising partners are Fanatics, maybe they could help ? You bet your boots they could !!

Merchandising and on a global scale is their forte, and in a recent blog by Paul the Esk – https://theesk.org/2019/10/29/everton-fanatics/ – he outlines clearly the principles Fanatics employ and the almost unparalleled opportunity that they maximise with not only major football clubs, but right across the full range of US sports.

In a nutshell, Fanatics have the avenues for promoting, and logistical mechanisms for providing merchandise quickly and efficiently to market areas around the globe already in place and fully operational, it needs Everton to lock onto and wake up to the massive revenue potential but more importantly, the opportunity to develop a whole new and practically limitless fan base.

When our three ambassadors commit to public appearances on behalf of the EPL and/or Everton, in conjunction with Fanatics local radio/tv advertising, flash discounts on line for local zip codes, pop up shops – it can all and should be done.

Fanatics promote themselves on the back of being able to do this local level activity, arrange local campaigns, manufacture and deliver stock locally. They call it V Commerce (vertical commerce). They have the infrastructure and retail space to do this given they control all MLB, NHL, NBA and NFL merchandising.

If Fanatics can successfully provide merchandise globally for those four sports, individual star players and their millions of fans worldwide, then it should not be a major upheaval for them to do likewise on behalf of and for Everton.

With it patently not being done to any noticeable level, this suggests to me that Everton need to be instigating and driving a global merchandising initiative and with three former players in three major markets, this currently has to be a global trick we’re missing out on.

Come on Everton, talk to the ambassadors, talk to the worldwide supporters club branches and talk to Fanatics, and especially with Christmas just around the corner, let’s start making Evertonians from the millions of football fans out there who don’t yet know they’re Evertonians.

Don't read too much into my public display name, I'm not flash in any way. Flash was my dog who I loved to bits and miss every day. View all posts by flashandy56

This is a text widget. The Text Widget allows you to add text or HTML to your sidebar. You can use a text widget to display text, links, images, HTML, or a combination of these. Edit them in the Widget section of the Customizer.
%d bloggers like this: